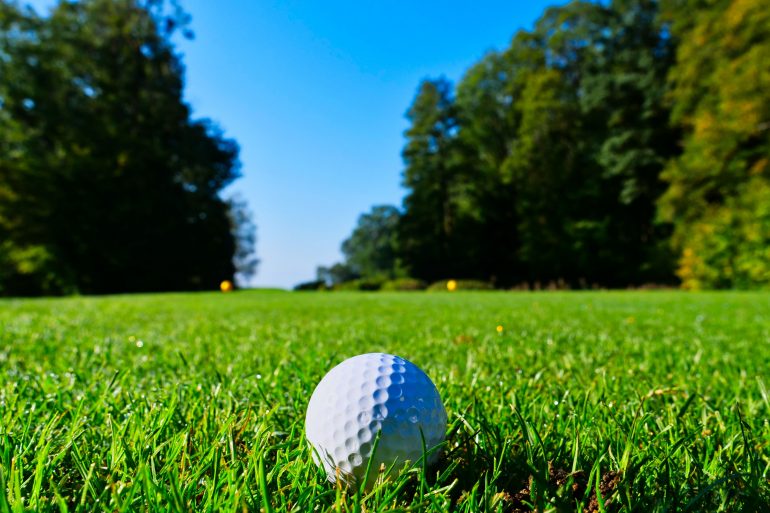 Elegance and precision are the two main features of golf, a sport of which origins are still shrouded in mystery and discussed by historians.

The most widely accepted theory is that golf was invented in Scotland, where it is exceedingly popular and of great tradition, so much it was elected national sport. It seems that in the northern end of the island of Great Britain, in the late Middle Ages, two farmers began to play golf using two clubs and a stone instead of a ball.

However, some Dutch documents demonstrate another story: the practice of a game very similar to golf, named kolven, was widespread in the Netherlands as early as 1297. To play kolven one would need a stick, a little larger than those of today, which was used to hit a ball the size of a grapefruit and the weight of 1 kilo. The goal of the game was to pass the ball, in as few shots as possible, between two pegs in the ground placed at a defined distance from each other.

We must remember that the controversy between Scotland and Holland does not end at the origins of this sport, it extends to the etymological plan: some support the idea that the word golf comes from the Scottish goulf, which means “hit or slap” while another current of thought believes that golf comes from the Dutch Kolf, or “club, stick”.

In recent times, and more precisely in 2005, the debate on the origins of golf has reignited after the statements of Professor Ling Hongling of Lanzhou University. According to Hongling’s research, a game very similar to golf, called chuìwàn, was practised in Song Dynasty China (960-1279).

The chuìwàn made use of ten clubs inlaid with jade and gold and was, therefore, a sport for the wealthy, it would then be exported to Europe from China in the late Middle Ages by the Mongols.

To date, despite the lack of clarity on the origins of the discipline, Scotland remains the indisputable home of modern golf because it was the Scots who first established rules, equipment and courses. The first rules were drawn up by the Gentlemen Golfers of Leith, the oldest golf club founded in 1744 by William St. Clair of Roslin, and later revised by the Royal and Ancient Golf Club of St Andrews in 1754 who drafted the famous “13 Rules of Golf” and the choice of the standard 18-hole course.

Golf was introduced to Italy in the eighteenth century by the Count of Albany, but the first modern playing field was inaugurated only in 1889 in Florence, while the first official national championships were in 1929.

The Dutch made golf known overseas before the American War of Independence, but its popularity grew especially in the late nineteenth century and led to the United States Golf Association (USGA)  in 1894, which today is responsible for the organization of 13 national tournaments including the U.S. Open. 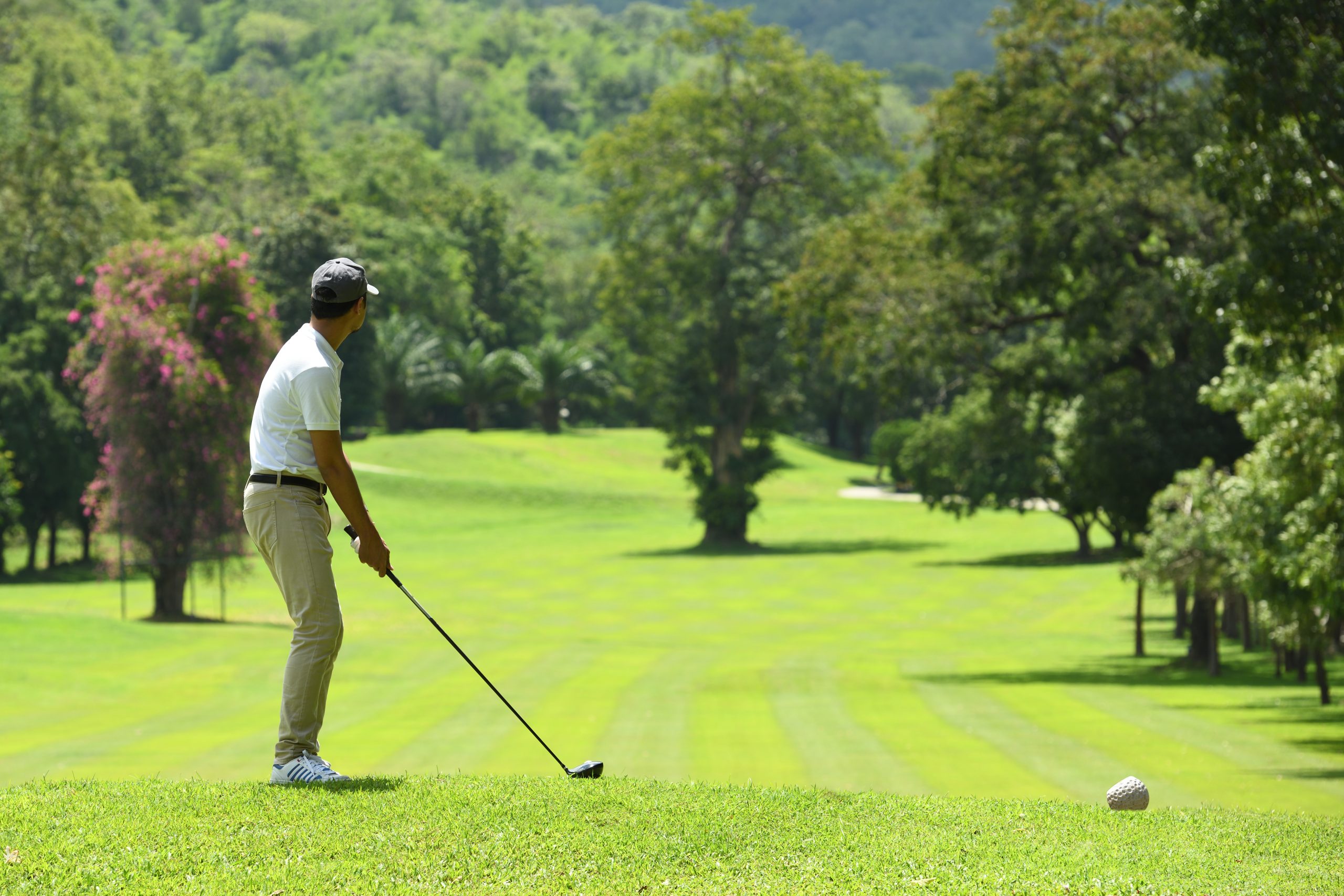 Golf, the game: features of the golf course and equipment

Golf is a sport governed by many rules and is one of the few not to have a standardized playing field, despite some elements in common, each course has different characteristics.

A golf course can be on large plain areas, in the hills, in the mountains or in any other place where wide green spaces are available, allowing you to build one or more 9 to 18 hole courses each with a tee (the wooden nail with the concave head used to support the ball during the first shot of each hole) placed at a distance between 100 and 550 meters from the hole.

The starting point is usually flat and with well-cut grass, meanwhile, the path that leads from tee to hole can be of different types of surfaces such as the fairway, “the good way”, an extended area consisting of mowed grass, the rough, “bad”, “rough” or even “not good”, which has tall grass that makes the game more difficult, and the heavy rough, ie even taller grass and almost completely uncultivated. Along the way, you can also encounter obstacles: trees, sandpits, hollows, streams and elements of natural or artificial water.

The hole is marked by a flag to be easily spotted from a distance, and surrounded by a more or less wide area of lawn, universally known as Green, smooth and cared for with very short grass.

Each hole is assigned a predetermined number of shots, called par, which a player must use to complete the hole. This number depends on the length of the hole (the distance from the starting point to the hole) and generally goes from 3 to 5. The sum of the par of different holes represents the par of the field: for an 18-hole course it normally varies from 60 to 73, but the most common are 72 par. It is said that the hole was played in par when the player employs exactly the number of shots expected.

The equipment used in the game of golf also deserves particular attention. The stick has a shape similar to an “L” and has a thin cylinder (Shaft) of variable length, which is held from the top (on the grip) with both hands, and the head, or the part that hits the ball, which is a few centimetres wide.

The sticks are divided into three categories:

Golf: the beautiful golf course of Is Molas Golf Club in the South of Sardinia

Golf is one of the most challenging games to practice because it requires calm, concentration and good athletic preparation.

Would you like to discover all the secrets of this ancient and fascinating sport? At Forte Village, an award-winning resort in Santa Margherita di Pula in the province of Cagliari, you can play golf surrounded by the nature of the spectacular 27 hole course of Is Molas, not far from the resort.

The Is Molas Golf Club has hosted 4 Italian Open and a European Volvo Master, it’s considered one of the most technical courses in the Mediterranean and one of the most evocative. Its greens and bunkers are reminiscent of those of the American circuit, while its fairways stretch along dreamy scenarios, bordered by rich vegetation.

Guests of the resort who want to play golf on the most beautiful greens in Sardinia can contact the reception at Forte Village that will book the exclusive practice field at Is Molas and organize their trip. Passionate golfers and everyone wanting to get into this sport will find all the necessary equipment, from the clubs to the cart, waiting for them at the course.

At Forte Village you can indulge in your favourite sport or discover a new discipline: in addition to golf, the resort also offers boxing courses, fencing, triathlon and water sports. And for athletes who can not give up competitive training even on holiday, Forte Village organizes the Academies every year: specific training courses and personalized training sessions with great international champions in the guise of special coaches.

Do you want to learn how to play golf and have a dream holiday in a true paradise? Discover the Forte Village Resort in Sardinia. 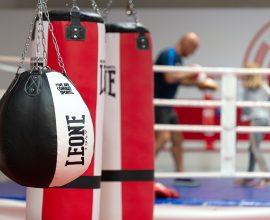 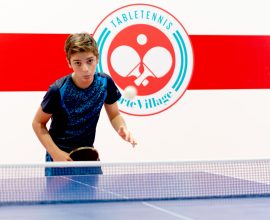 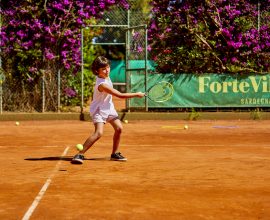 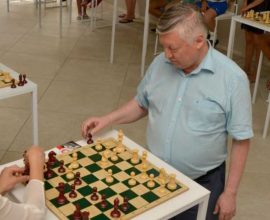