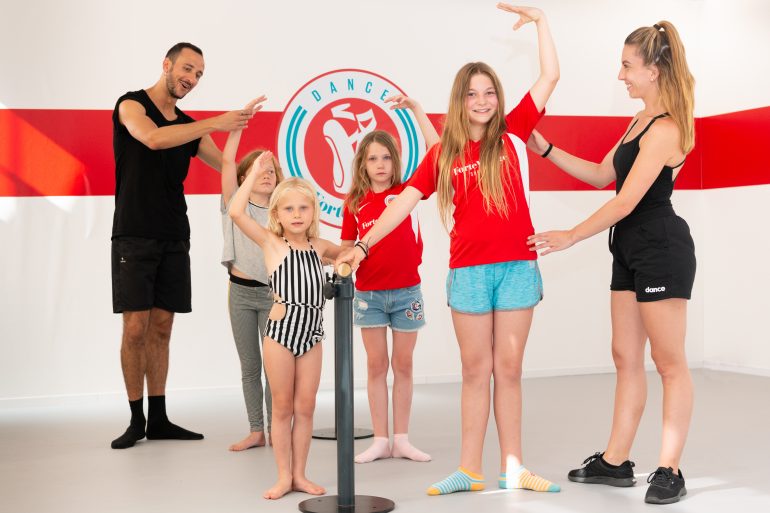 Dance Academy: the story of mankind through dance

Holidays are the perfect time to dedicate yourself to your passions, learn a new sport or improve your skills in dance, to which the Forte Village, an award-winning resort surrounded by the beautiful Sardinian sea, dedicates one of its academies: the Dance Academy.

Dance is an ancient art documented since prehistoric times, along with theatre and vocal and instrumental music, it is also a discipline that includes different genres from classical, modern, contemporary and popular dance (or traditional), up to urban, jazz and breakdance.

Moreover, we must not forget that dance is also a sport: sport dance, which represents the transposition of dance (individual, couple or team) from artistic discipline to sport discipline, has its own rules and competitions from amateur to professional level. In Italy, it is the Italian Federation of Dance Sports (FIDS), recognized by CONI since 1997, to organize the sport on the national territory, defining the rules and assigning the titles to the champions of the various specialities divided into: Couple dances (standard, Latin, Caribbean, jazz, Argentine, national) and artistic dances (hip hop, modern, classical, belly dance, tap, disco, synchro, show, choreographic).

Dance is present in all human cultures and is often accompanied by music or a sound composition. This performative art is an expression of the human body through movement according to a pre-established plan (choreography) or through improvisation and has been an integral part of rituals, prayers, sacred moments and aggregations of the community, such as ceremonies and popular festivals since ancient times.

In the tragedy, comedy, and satire of ancient Greece, the choir expressed itself primarily by dancing, while for the Egyptian, Indian and Chinese civilizations, dance represented the harmonious course of the stars.

After the advent of Christianity, dance was practised also inside the religious buildings as part of the rituals and accompaniment of the choruses, then during the Middle Ages, it disappeared from the liturgy because of the condemnation by the Church who considered the body in movement an expression of lust. However, in this long period, there are numerous forms of spectacular entertainment with dances and/ or masked dances especially on the occasion of the festivals involving villages and cities.During the Renaissance, dance became a form of education, and in the fifteenth century, the figure of the dance master was one of the most requested in the Italian and European courts. But it was only in the second half of the seventeenth century, with the birth of public theatres, that dance conquered the theatrical stages, while the distinction between court dance and theatre dance dates back to the eighteenth century.
With the staging at the Paris Opera of La Sylphide, the first example of romantic ballet, the history of dance had a new chapter in which emotions emerge, and motion gives voice to the soul, feelings and dreams. The mythological and historical themes that characterized the history of dance give way to the world of fairy tales and a ballet that enhances the beauty of movement, lightness and ethereal grace. It was in this period that Italian dancer and choreographer Filippo Taglioni introduced the garments of what would become the typical costume of classical ballet: pointy shoes and tutu.
Starting from the end of the 19th century, in contrast to classical-academic ballet, a new way of conceiving dance was developed, leading to the diffusion of the so-called modern dance, often performed in non-theatrical spaces and practised through the provocative form of the solo. Modern dance enhances the gestures and movements that express the personality of the dancer and prefers scenery in which there are few objects and monocoloured backgrounds. 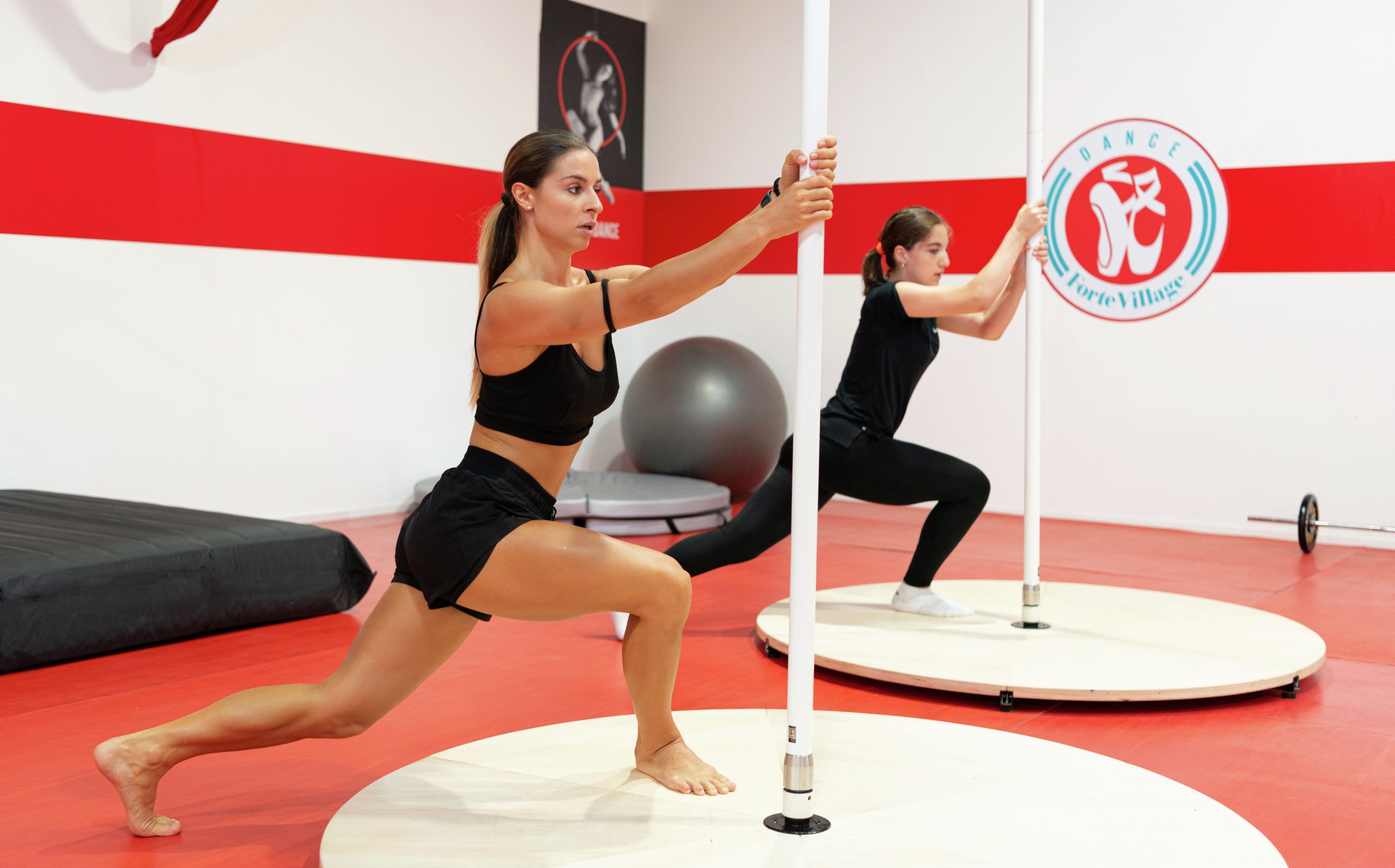 Dance Academy: the differences in dancing

Is dancing always the same thing? there are subtle differences in dance that may mean a multiplicity of forms, it could be performed for pure fun to socialize and define relationships within a group. Recreational dance, unlike classical dance, is seldom aimed at representation and both in theatre and the cinema can be inserted in certain scenes as many other supporting elements.

There are many dance styles associated with different musical forms: 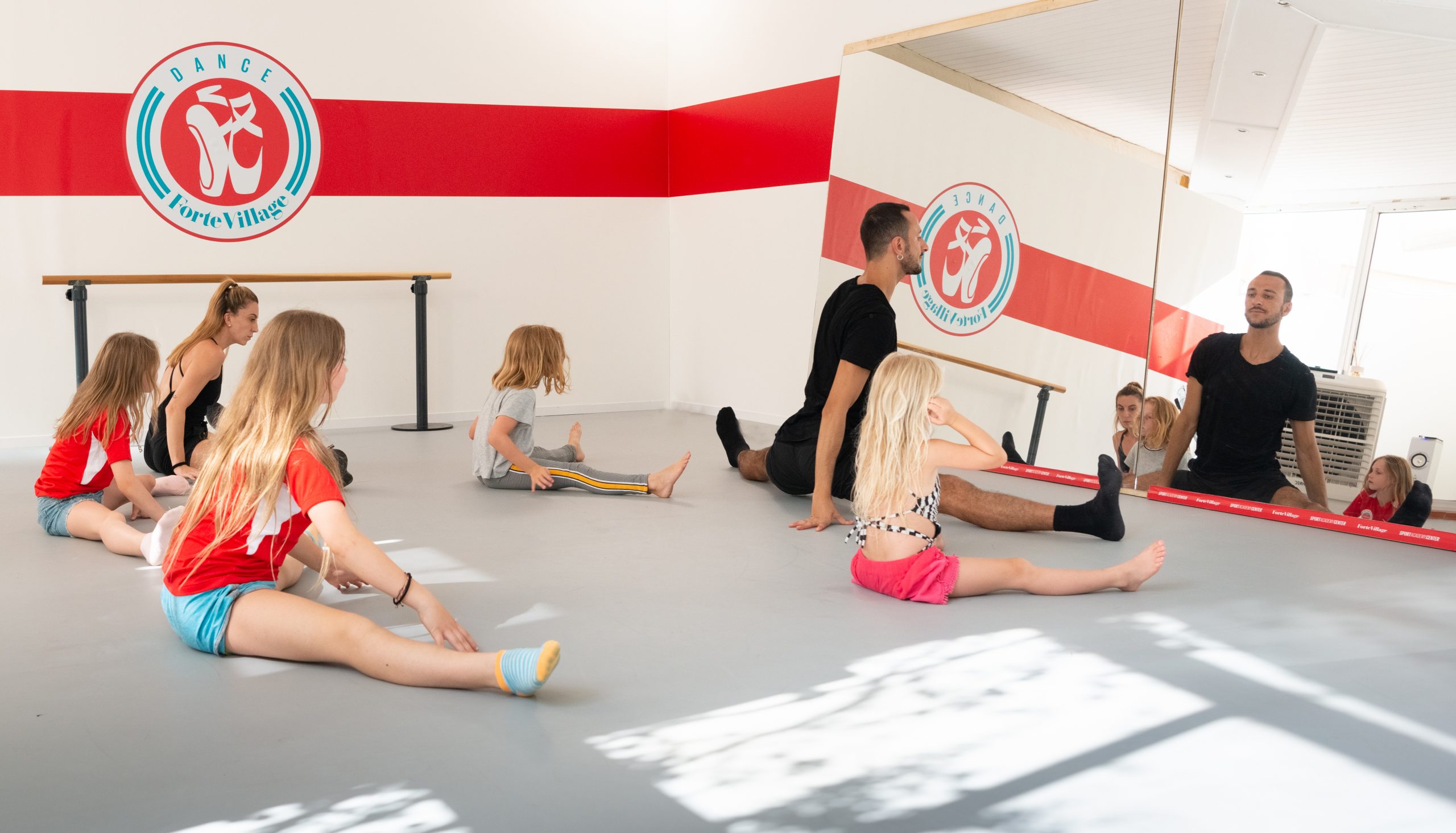 The French playwright and theatre actor Jean-Baptiste Poquelin, who became famous under the pseudonym Molière, said that “Nothing is as fundamental to humans as dance… Without dance, people could do nothing… When someone has made a mistake in their conduct, either in family affairs, in the state’s government, or at the command of an army, do you not always say: “They have made a false step in a certain business”? And to make a misstep, from what does it come if not from the ignorance of the dance?“

So as not to make mistakes while learning to dance, the Forte Village Resort in Santa Margherita di Pula, in the province of Cagliari, opens the doors of its Dance Academy to all dance fans who want to improve their dancing skills. From classical ballet to modern dance, from Latin American dances to Caribbean dances, through social dance, Zumba, hip-hop, musicals, aerial dance and pole dance, in the Dance Academy there is room for any style. The group lessons, organized from Monday to Friday, are divided into two groups, one for children up to 12 years and one for teenagers and adults, but you can also book individual lessons. Children from 6 years of age can participate in the lessons, and all participants will receive the official kit of the Forte Village Dance Academy. Not only dance, but among the sports Academy of Forte Village, there is also space for basketball, football, freestyle, rugby, tennis, boxing, fencing, swimming and much more.

Do you want to know all the secrets of dance and have a dream holiday in paradise? Discover the Forte Village Resort in Sardinia. 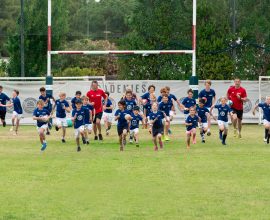 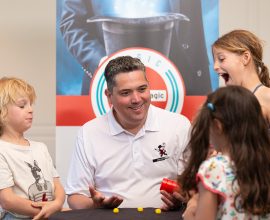 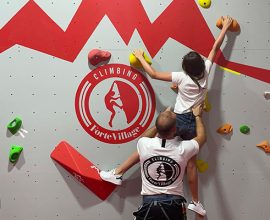