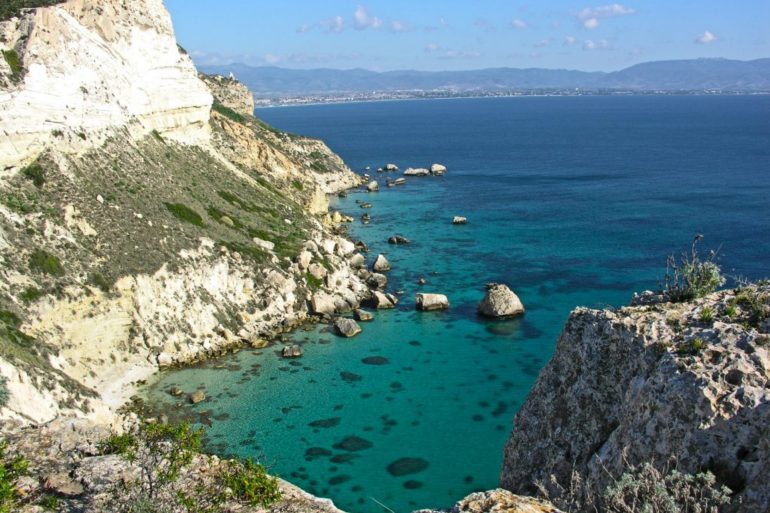 The legend behind the Sella del Diavolo

The Sella del Diavolo: a legend from Cagliari

The best stories always begin with “once upon a time” and tell us about heroic gestures and ancient battles to free lands oppressed by evil, just like the splendid Golfo degli angeli, commonly known as Golfo di Cagliari.

Legends are a part of Sardinia’s soul, among the naturalistic routes and archeological sites of which there are many indeed, one of the most fascinating is the Sella del Diavolo, Sedd’e su Diaulu in Sardinian, Saddle of the Devil in English, the rocky promontory south of Cagliari which is the separating line between Poetto and Calamosca Beaches.

Here nature, the greatest artist of all, has created a breathtaking landscape, where the crystal clear water is embraces by the colors and fragrances of the Mediterranean vegetation, the rocks in perspective, the small bays illuminated by the sun and the remainders of monuments, symbol of ancient civilizations, appear in the distance.

Just a few minutes away from the metropolitan buzz of Cagliari, the island reveals its seductive wild nature, just like when good and evil made battle here.

The legend behind the Sella del Diavolo: where does the name come from?

According to legend, the name Sella del Diavolo is the consequence of a battle between god and evil, the origin is biblical and the characters are God and he who was once his angel before becoming a demon, Lucifer.

The legend says the beauty of Golfo di Cagliari attracted Lucifer and his demons to the point where they wanted to keep it for them selves, God sent archangel Michael, guiding the celestial army, to send Lucifer and his followers away.

The battle was fought in the sky above the gulf, and the defeat of God’s enemy generated two theories: one tale describes how Lucifer was unseated from his horse and was seen to fall into the gulf and turn into stone which created the promontory. The second theory claims that during the battle Lucifer himself fell onto the promontory giving it the shape it’s named after, a saddle.

There is also another version to this fascinating legend which is God offered his angels the possibility of living on earth if they found a location full of peace and without harm in any form. After searching far and wide, the angels found Sardinia and decided to stop their search since Sardinia had no trace of blood and violence, the prevalent feature of the island was its beauty and the simplicity of nature.

Lucifer was jealous of their happiness and decided to declare war against the celestial creatures, but he was defeated.

Overwhelmed by rage, the devil took the saddle from his horse from which he had been unseated and threw it against the gulf, creating the promontory which was baptized with the name Sella del Diavolo – the devil’s saddle.

Why visit the Sella del Diavolo?

Visiting the Sella del diavolo is an occasion to be in contact with the cultural heritage of the Sardinian population, a journey through reality and imagination, and the ancient tradition of spoken narrative conserved in the legend, an effective way of conserving and spreading a message which has survived over time and tells us about the eternal battle between good and evil.

The story of the Sella del Diavolo is in close harmony with the flora of this magical place, a naturalistic fable not far from Cagliari, where one can be immersed in the spectacular exclusive vegetation of the territory where you can see the palms of San Pietro, also know as dwarf palm, one of the oldest examples of Mediterranean plants, the ancient olive trees and junipers. The excursion over the rocky promontory is the main doorway to Mother Nature’s kingdom, it will conquer you with its spectacular colors ranging from blue crystalline water to limestone as it caresses the coast, follow the tracks of men and women who have walked through the land over centuries. Once you have arrived at the top of the sella del diavolo, let your eyes be your camera and let the beautiful image of the Golfo di Cagliari be imprinted in your memories for ever.

Come and discover the beauty of Sardinia, Discover Forte Village. 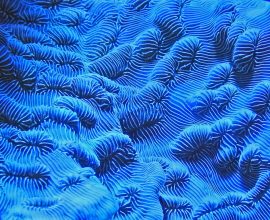 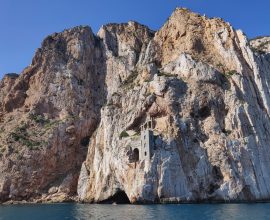