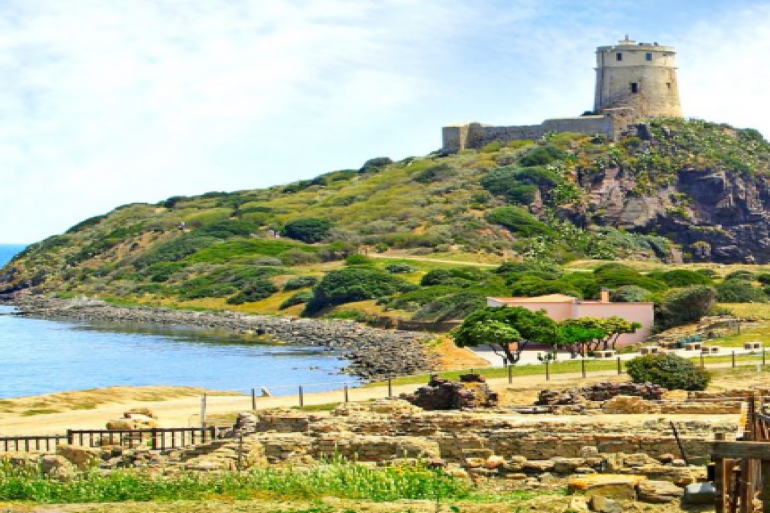 Discover Sardinia: Nora and the Archaeological park of Pula

Nora and the Archaeological park of Pula: the history of the oldest town in Sardinia

Some people want to have long relaxing moments on the beach when they are on vacation, others prefer to discover wild, unspoiled, nature or explore the territory and learn more about the history of the ancient populations which inhabited magical places like Nora and the archeological park of Pula.
Sardinia has everything for required an unforgettable vacation: the crystalline blue sea, the incredible flavors and fragrances of gourmet cuisine, suggestive local festivities like the Corsa degli Scalzi, mountain villages and mysterious historical locations.
Nora is around 28 kilometers south-west of Cagliari, it was the first Phoenician town in Sardinia and also one of the most important ports of the island which, because of its strategic position, made it one of the Nuragic economic centers of the territory.

Pausania, writer and geographer of Ancient Greece, claims the town was established by Norax, ancient hero of Sardinian mythology and son of Ermes and Eriteide, leading the Iberians. The land was first inhabited by Nuragic civilizations, as suggested by ancient ruins on the island like the Nuragic well at the “Terme e mare” were some artifacts found in the surrounding area date back to the Bronze Age.
Among the ancient ruins there is a necropolis with tombs dating back to the end of the VII century BC and beginning of the VI century BC, meanwhile from the Nuragic-Phoenician period, VIII century BC, there is the Stele of Nora, a block of sandstone 105 cm high and 57 cm wide with an engraving in Phoenician where the name of Sardinia appears for the first time as Shrdn. The Stele is a valuable relic because it’s the first Phoenician script found west of Tiro, an ancient Lebanese city, it is now on display in the national archeological museum of Cagliari.
There are just a few original elements of Nora which have survived over time: the tophet, a Phoenician-Punic sanctuary, the remains of a temple dedicated to goddess Tanit and a few artisanal systems located in the area close to the sea. Although most of the Phoenician-Punic vestige was destroyed by subsequent dominions, some studies on materials found in the tombs can confirm the city was at its best in the V and the IV century BC before being conquered by the Romans in 238 BC. Nora was considered one of the most important cities of the island and was both the capital and municipality of the Roman province in Sardinia and Corsica. From the Roman period remains the forum, the theatre and amphitheater, homes and thermal systems which describe a period of great wealth because of the trade with other regions in the Mediterranean.

The Vandal occupation during the V century, forced the population to retreat to the central part of the island, Nora gradually became abandoned and in VII century the Ravenna Cosmography claimed it praesidium, a fortress and not a city anymore.
Nora was rediscovered at the end of the 19th century with excavations led by Giovanni Spano, Filippo Vivanet and Filippo Nissardi. Nora is also the location in which the martyrdom of Sant’Efisio occurred to which is dedicated a church built in 1809, consecrated in 1102and restored in 1656 with donations by Alfonso Gualbès Marchese of Palmas who wanted to thank the saint for saving him from the plague.

Nora and the Archaeological park of Pula: tickets for visiting the site and how to get there

If you choose the South of Sardinia as the destination of your vacations you should not miss the opportunity to visit Nora and the archeological park of Pula; the site features the ancient thermal baths, the square of the forum, colorful temples, the necropolis and a splendid amphitheater.
It is easy to get there from Forte Village, the famous resort in Santa Margherita di Pula located west of Cagliari on the southern coast of the island, the site is recognizable for the tower of Coltellazzo or of Sant’Efisio.
It is not necessary to book your visit to the archeological area of Nora, the site is open every day from 9:30 to 19:30. The ticket office opens at 9:00 and the entry ticket cost is of 6.00 €, there are reductions based on the following categories:

Would you like to have a dreamlike vacation in a true paradise and visit Nora and the Archaelogical park of Pula? Discover Forte Village Resort In Sardinia. 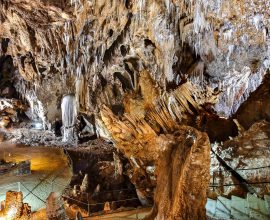 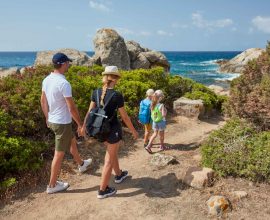