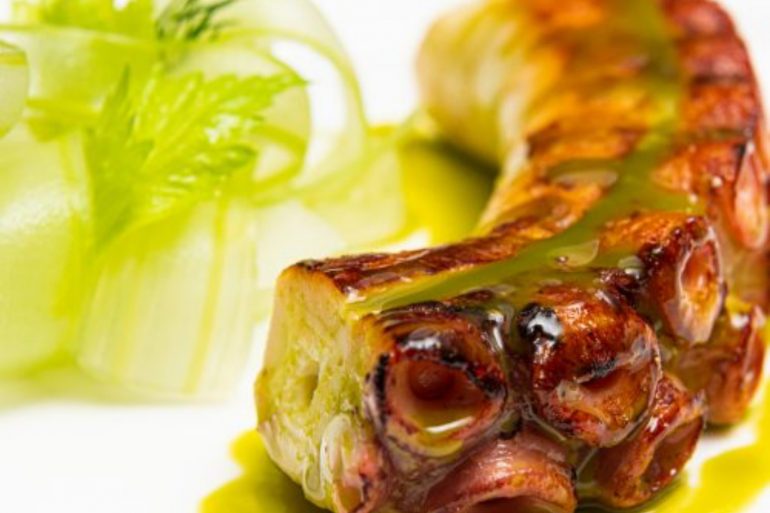 Fabio Ciervo: the story of a brilliant chef during summer 2019

Fabio Ciervo: from the Terrazza restaurant to Forte Village Resort

If one were to consider gourmet cuisine an art, surely the chef would be an artist. Among the Celebrity Chefs of haute cuisine, there is the very young Fabio Ciervo, specialized in the international and national cuisine, present at Forte Village on the 25th, 26th, and 27th of July.

Fabio Ciervo is the Executive chef at the Terrazza restaurant of the Hotel Eden in Rome. He was born in Sant’Agata dei Goti, a municipality in the province of Benevento. He trained as a sportsman but then decided to specialize in culinary art and worked in important kitchens all over the world.

After taking his degree in cooking, he had many international experiences including working with Michel Roux at the three Michelin starred Waterside Inn restaurant in Bray, England, he also worked with many institutions of haute cuisine including French gastronomy school Ecole Lenôtre. Chef Ciervo worked with Adriano Cavagnini at the Grosvenor House Hotel in London and at the three Michelin starred restaurant in San Sebastián in Spain, run by Martin Berasategui. Before becoming head chef at La Terazza restaurant of the Hotel Eden in Rome in October 2010, he worked with Heston Blumenthal at The Fat Duck and with Thomas Keller at the Per se.

Fabio Ciervo takes the skills acquired infamous international restaurants to the historical and refined Roman restaurant La Terazza where he earned his first Michelin star at just 32 years of age. His cuisine is based on five concepts: innovation, wellbeing, ingredients, flavor, and art.

“My philosophy is based on the perfect alchemy between innovation, wellbeing, ingredients, flavor, and art” Fabio Ciervo uses these words to describe his cuisine now available for the guests enjoying the sun at Forte Village in Sardinia.

Each recipe created by Ciervo focuses on the wellbeing of the client and the need to make a menu made of genuine ingredients, researching the perfect preparation of each, all presented with magnificent aesthetics, therefore, combining flavor and beauty. Ciervo maintains an innovative cuisine by continuously studying the new technologies which are influencing gastronomical trends. His creations are innovative, healthy and attentive to detail, the ongoing research in combining flavors and consistencies is focussed on using prime ingredients and beautiful plating.

An example of his research are the pizza’s he created for Il Giardino restaurant in Rome, the typical Mediterranean meal is transformed without neglecting the traditional recipe. Ciervo’s pizzas have a combination of unrefined flour, farro, and soya, and then are left to rise for 48 hours which doesn’t change the flavor but makes it more digestible, the dough appears softer and is most delicious with all ingredients chosen for each of the five red pizzas and each of the 5 white ones.

Ciervo’s has thought of a special recipe for the guests at Forte Village:

Steam the spider crab for more or less 8 minutes. Extract all the meat and keep in the fridge. Make a broth with the head and shell: place the oil in a casserole, sauté the onions, add the carrots and celery cut into cubes, garlic, tomato, white wine, and the spider crab. Cover with cold water and cook for about 6 hours. Filter and reduce it to half the quantity, blast chill and keep in the fridge. Heat up the soup, add salt and pepper, make an emulsion using an immersible blender and pour on to a plate; in the meantime heat up the spider crab meat with some oil, make six small heaps per portion with chives, position them circularly, position a small bunch of seaweed paying attention to alternate the colors. Complete the plate with the sea asparagus, nasturtium, fennel leaves and claws of the spider crab on one side.

Would you like to be immersed in the beautiful Sardinia sea and have an unforgettable vacation in a true paradise involving sport, relaxation, wellbeing and flavor? Discover Forte Village Resort In Sardinia.