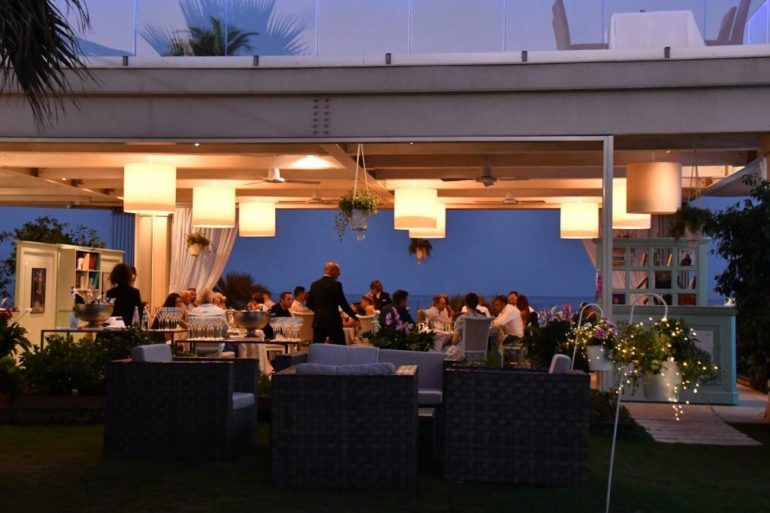 On vacation you can discover traditions, wonders of unspoilt nature, wellbeing and new flavors like those distinguishing the cuisine of Vivek Singh, chef at The Cinnamon Club restaurant, new at Forte Village in 2019.

Author of some of the most famous cook books, the award-winning CEO and executive of The Cinnamon Collection, Vivek Singh is an innovator of Indian cuisine which draws upon tradition, continuous research and experimentation, it is the interface of oriental ingredients and flavors with western traditions.

All the restaurants at Forte Village are perfectly balanced between experimentation, innovation and tradition, allowing our guests to discover new flavors and interesting trends, a gastronomical experience and tribute to gourmet cuisine in a magical scenario.

Of course modern Indian cuisine, revisited by Vivek Singh could not be forgotten. He chose the resort for his restaurant The Cinnamon Club, officially inaugurated on Friday 5th of July 2019.

Vivek Singh decided to bring his award-winning restaurant The Cinnamon Club to Forte Village, a unique and inimitable concept of Indian fusion with precious ingredients from the Mediterranean and Sardinian gastronomical traditions.

Singh’s cuisine is a bridge between two worlds and makes use of spices from various parts of India, excellent Sardinian products and an original tandoor oven. A choice which represents the unmistakable style of Vivek Singh who describes his practice like this: “the essence of my cuisine is to develop and evolve a sophisticated style of Indian cuisine by using high quality local products, exalted and combined with the knowledge of traditional techniques and spices from my marvelous country of origin”.

This innovative yet traditional gourmet experience takes place with an à la carte menù and tastings which will change according to the season of the products. The choice of ingredients is made by current healthy food tips, use of the medicinal properties of spices, ad hoc dishes combined with hot summer weather and a playful use of flavors like carambola seeds which burn fat and help digestion.

The story of chef Sing and The Cinnamon Club began in 2001 in London in the suggestive Old Westminster Library after a long and matured experience in the prestigious chain Oberoi and RajVilas in Jaipur where he was head chef in 1998.

The Cinnamon Collection has opened in France, Singapore, Abu Dhabi, New York, Delhi, Dubai, Portugal and Thailand. He is a member of the Royal Academy of Culinary Arts, the most important British association of chefs, confectioners and restaurant directors and he received an honor degree in Literature at the University of Warwick for his unconditional contribution to the culinary panorama in London and the development of Indian cuisine in the UK.

Would you like to immerse yourself in the beauty of the Sardinian sea and have an unforgettable vacation in a true paradise full of wellbeing, relax and taste? Discover Forte Village Resort in Sardinia.