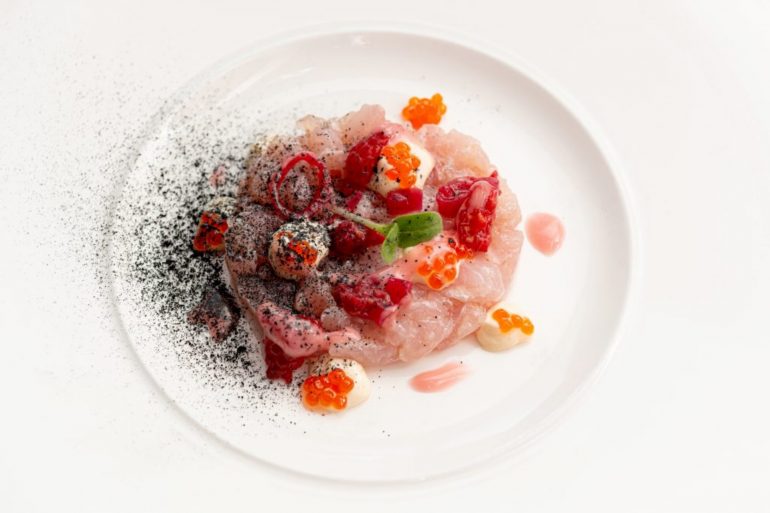 Summertime is synonymous with holidays which discover unspoiled nature, transparent blue sea and astounding beaches like those of Sardinia. This season is also the perfect moment to try new flavors and enjoy the gourmet cuisine of Alessandro Breda.

Alessandro Breda is one of the most acclaimed personalities in the Italian culinary scene and with his restaurant Gellius, in Oderzo, in the province of Treviso, he skillfully mixes history, innovation, and regional tradition.

Among the great interpreters of national and international cuisine who sign the menus of the 2019 season at Forte Village, are some of the greatest Michelin starred chefs ready to conquer the palate of guests with gourmet dishes paired with wines from the best vineyards.

Among the celebrities of high cuisine at the resort is Alessandro Breda, born in 1968 at Conegliano in the province of Treviso.

The chef attended the hotel school of Falcade, in the province of Belluno, and when he was only 19 years old, after working at some starred restaurants, he joined the brigade of the Master of Italian cuisine, Gualtiero Marchesi, who also had an another important starred chef, TV star, Carlo Cracco.

Breda worked in Marchesi’s kitchen for three years, afterwards he went to Munich working at the Tantris restaurant with Hein Winter, and one year in Florence at the Enoteca Pinchiorri with Carlo Cracco once again and another great exponent of modern cuisine Andrea Berton.

Before receiving the Michelin star at Gellius, he worked for a year at London’s Four Seasons, then opened his own restaurant in Corbanese di Tarso named Al Capitello for six years.

Set in the Piazza Grande in Oderzo, Gellius restaurant is located in a section of a splendid prison tower from the Roman era, and home of Alessandro Breda, the celebrity Michelin starred chef now creating his high cuisine at Forte Village.

The modern kitchen of Breda follows research and study of Treviso’s culinary traditions and Italian specialities, mastered with innovative combinations capable of elevating each ingredient.

Every flavourful dish allows the client to discover the quality of seasonal products, high quality ingredients and innovative cooking techniques.

Breda is attentive to the contrast between consistencies and aromas, giving the clients memorable harmonious sensations that conquer the heart.

Food is not only a pleasure for the mouth, it is also a pleasure to the eye. The aesthetics of the dish, the aromas, the composition of elements and colors are an important feature in creating a masterpiece.

At a glance, my cuisine unites the Italian regional traditions with innovation. I would define it as tasty, healthy and it always has an idea” says Alessandro Breda who though of a special dish for the guests at Forte Village: “smoked” rice with seafood. Open the clams and cockles by steaming, put the seafood and water to one side. Boil the octopus then finely slice the tentacles.
Clean the cuttlefish and squid then chop them julienne style. In a pan, brown the remainders with tomatoes, time and the seafood water for 40 minutes, at the end sift it all. Make a white broth with monkfish, celery, carrots and onion.
Switch off after 40 minutes boiling, then add smoked ricotta cheese cut in to pieces and cover all.
Leave the infusion for half an hour then filter.
Toast the dry white rice, add a dash of white wine and allow it to evaporate then continue cooking with the smoked broth. When the rice is still al dente, take is off the burner and leave to rest then whisk it with olive oil and butter.
Put a layer of the seafood sauce on flat plates, add on top the rice and garnish with the all the warmed fish and olive oil then sprinkle all with dried squid ink powder.

Would you like to have a relaxing and delicious vacation in paradise where you can try Alessandro Breda’s recipes? Discover Forte Village Resort In Sardinia.