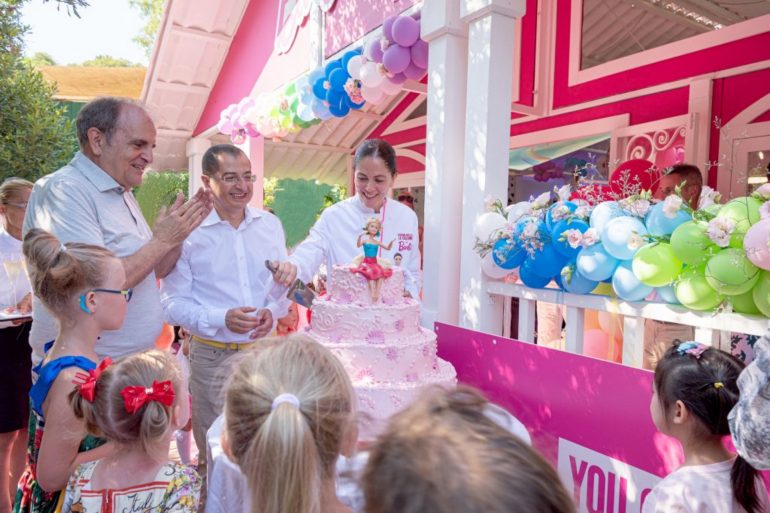 Barbie: the partnership between Forte Village, Mattel and Rosanna Marziale

Rosanna Marziale, chef at Le Colonne di Caserta restaurant, will join the partnership between Mattel and Forte Village she is the author of the Children’s restaurant menu at the resort for 2019.

The most beloved fashion doll of all time in 2019 she blows on a cake with sixty candles and despite reaching the goal of six decades, her charm has resisted time, the ups and downs of the market and the social changes that Barbie has always known mean giving up the stereotype of a perfect woman to become a symbol of emancipation and inclusiveness.

Since her appearance on the 9th of March 1959, Barbie has been an astronaut, an army soldier, and a Marine, a vet, flight assistant, Olympic athlete and more, reaching a total of over 200 careers, she was also six times a candidate to be President of the United States.

More than just a toy, Barbie has become the most sold doll in the world by undertaking any profession her public desires, including becoming a chef like Rosanna Marziale.

To continue being an inspiration with infinite each child is recognized as representing a wider vision of society and of beauty. To emphasize the careers which do not adequately include the role of a woman and underline the infinite potential in every young girl, Mattel has decided to celebrate the doll’s 60th anniversary with the Sheroes, a project made of new female role models.

Apart from the features of Rosanna Marziale in one of the figures, the new Barbies include painter Frida Kahlo, astronaut Samantha Cristoforetti, aviator Amelia Earhart, boxing champion Nicole Adams, mathematician, computer scientist and physicist Katherine Johnson, the captain of Juventus and the Italian female national soccer team, Sara Gama, and many more.

This prize-worthy initiative can be found on social media with the hashtag #MoreModels, so all the Barbie fans can share the inspirational female role models.

Who knows if Mattel, toy production company, would have imagined on the 9th of March 1959, the day in which Barbie appeared on the American market, history and the world of young girls would change with the iconic 29 cm high doll, symbol of style and beauty soon loved and desired all over the world.

The idea of Barbie, or rather Barbara Millicent Roberts, came from Ruth Handler, wife of the Mattel cofounder Harold “Matt” Matson, while she observed their daughter Barbara play with paper dolls and noticed how much she enjoyed giving each one an adult role, this is why Ruth suggested to her husband to make a line of dolls similar to a young lady.

After some initial prudery on Elliot Handlers behalf, he soon accepted Ruth’s idea who then created with engineer Jack Ryan the first Barbie wearing a zebra bathing costume, light toned skin and dark hair gathered in an elegant long ponytail.

Barbie celebrates her 60th anniversary with the female empowerment represented by the Sheroes series and the Dream Gap Project, having the objective to stimulate young girls to be conscious and pay attention to the reasons preventing them from expressing their potential. During the past years, research from New York University, University of Illinois and Princeton University, have identified that girls of 5 years and up consider themselves less bright and successful than boys and they start loosing confidence in themselves. Cultural stereotypes imply prejudice, the representations to which they are exposed in media, reinforce this problem. In the United States, this phenomena is called “Dream Gap”, similar situations occur all over the world. Mattel has commissioned research led by Carmen Leccardi, Sveva Magaraggia and Tiziana Pirola, in Italy at the Department of Sociology and Social Research at the Milano-Bicocca University in collaboration with the Inter-university Center of Research “Culture di Genere”, to understand how children imagine their future professions, and reveal if gender stereotypes influence their aspirations and desires.

Barbie is of course the protagonist at the Barbie™ Activity Center at Forte Village. Young girls can have unforgettable experiences with their darling doll and learn everything about her history and evolution which has profoundly influenced many generations. Barbies’ numbers are off the charts and intimidate influencers: she has 5 million subscriptions on YouTube, over 14 million fans on her Facebook profile, 263.000 followers on Twitter and over 1 million on Instagram.

Mattel has been active at the Forte Village resort in the south of Sardinia for six years. A beautiful Barbie house welcomes young girls to enter the magical world of their favorite doll with many games and activities. They can also personalize the furniture of their bedroom at Forte Village by choosing one of the Barbie Experience packages: the exclusive Barbie™ Vip Package, with themed bedroom, or the many activities at the Barbie™ Activity Centre.

For her 60th anniversary, Barbie will feature women coming from different contexts and sectors, breaking the usual schemes and becoming an inspiration for new generations.

Among these women there is chef Rosanna Marziale who designed the menu at the Children’s Restaurant for the 2019 season, she will reinterpret all the favorite dishes of the little guests with fresh local ingredients. The polka dot spaghetti pasta is one of the special dishes, the meatballs are transformed in to “bomboloni” – small bombs, made of baby potatoes, there are also fish sticks of the day and breaded vegetables with oat flakes, the special Popeye hamburgers made with spinach, and specially prepared hotdog’s made with fish, chicken or beef.

Mothers and fathers can also enjoy quality time with their children during a cooking class organized by Forte Village so they can bring good memories and flavorsome recipes discovered on vacation back home.

Would you like to give an unforgettable vacation to your family? Come at the Forte Village Resort in Sardinia 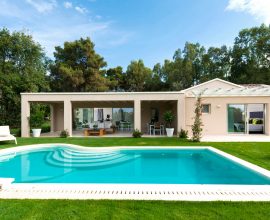 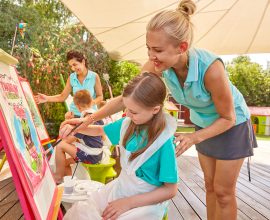 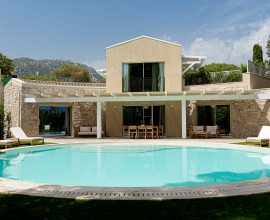 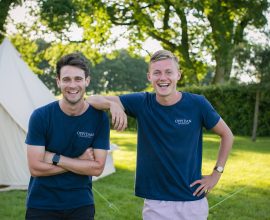