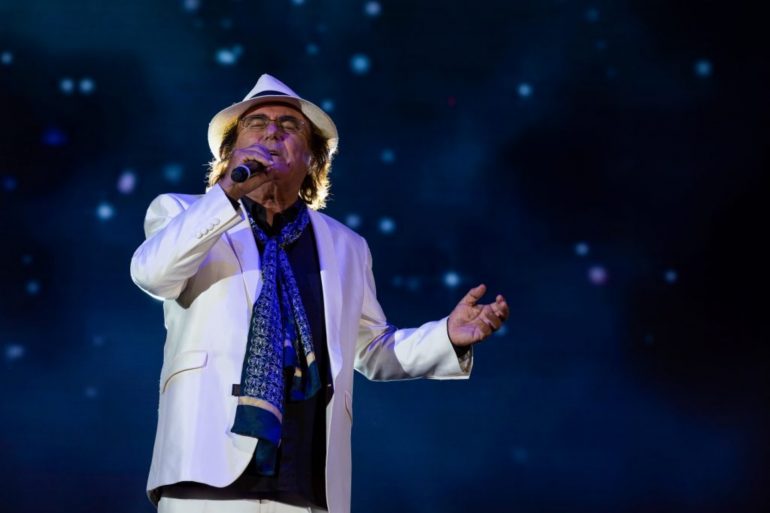 Forte Arena will host an icon of Italian music: Al Bano and his band

Forte Arena will host many concerts this summer including the famous Italian singers: Eros Ramanzotti, who will be in Sardinia on the 10th of August while doing his “Vita c’è n’é” tour, and Al Bano will be coming back to conquer the crowd of Forte Arena – Santa Margherita di Pula on the 14th August.

Ambassador and icon of Italy, Al Bano, pseudonym Albano Carrisi, is a legend in Italian music. He will perform all the great hits that led to his success and won the hearts of millions all over the world.

He was born in Cellino San Marco on the 20th of May 1942. His parents where farmers but Al Bano always showed a great passion for music and later became a songwriter, a television personality and actor. He learned the guitar, to sing ‘stornelli’ – a simple form of improvised poetry and songs from Puglia, his region of origin. At the age of twelve he wrote Addio Sicilia and when he was seventeen he decided to drop out of school and go to Milan. There he found work as a waiter at the restaurant Il dollaro and met Pino Massara, a musician and record producer who invited him to audition at the Celentano-Massara record label.

Al Bano made his first disc in 1965 for the Fantasy record label, established by Massara and Alessandro Celentano, brother of the famous Adriano Celentano whom Al Bano once accompanied in a performance. One year later, in 1966, the record company “His Master’s Voice” invited the young singer to be the opening act with songwriter Pino Donaggio at Festival delle rose. That same year he appeared in the musical game show Settevoci, presented by Pippo Baudo and got the highest applause rating for four weeks running

He reached his success in 1967 with the song Nel sole, the press compared him to Claudio Villa because of his vocal range. This song was then made into a film during which Bano met Romina Power, daughter of the famous Hollywood actors Tyrone Power and Linda Christian, whom he married on the 26th of July 1970.

In 1968 he won the special prize of the critics and the 9th place at Sanremo by performing the piece La siepe and in 1969 he won ‘il Disco per l’estate’ with the song Pensando a te of which was also made a film that same year.

Al Bano: his success from the seventies to two thousand

The wife of Albano Carrisi was a singer and actress, in 1970 they started a successful collaboration that lasted many years, but in 1996 Albano performed by himself at Festival di Sanremo.

Before their personal and artistic separation, in 1976 they did the Eurovision Song Contest, in 1982 they sang Felicità and in 1984 they won the ‘festival Della canzone Italiana’ with the song Ci sarà and successively with Libertà, Nostalgia Canaglia and Cara terra Mia.

After his separation from Romina, Albano sang È la mia vita at Sanremo in 1996, the year after he participated with Verso il sole and in 1999 he came sixth with Ancora in volo.

During 2000, Albano started hosting Giubileo dei disabili with Annalisa Minetti and Giovanna Milella on channel Rai 3. In 2006 he wrote È la Mia vita, his autobiography, with Roberto Allegri and published by Mondadori, and in 2007 he was second place at Sanremo with Nel Perdono.

In 2008 he donated the money raised from a compilation made of his most famous hits to “Puglia per la vita”, that same year he appeared in Vieni a ballare in Puglia by Caparezza. The year after he sang L’amore è sempre l’amore at Sanremo and was also one of the fifty six singers that made the record Domani 21.04.2009 so to raise money for the people in Abruzzo that had suffered from the terrible earthquake on the 6th of April 2009.

Once again he goes to Sanremo, the city of flowers, in 2011 with the song Amanda è libera with which he came third, that same year he was awarded 15 platinum records in Greece with the CD Dyo fones Mia psihi.

In 2013 he goes back to Sanremo as a guest to receive the career award, given to him by the actress Laura Chiatti.

In 2013 Albano reunites with Romina Power and they decide to go on the “Al Bano e Romina Power Reunion Tour 2014”, he then decides to open his official YouTube channel. In February of the following year, the couple performed at Ariston and received the “Targa Ambasciatore del Festival di Sanremo nel mondo” and in May of the same year they did their first concert in Italy at the Arena di Verona, the event included some of the most important figures of entertainment and Italian music in the world. In 2017 he won the Giancarlo Bigazzi award for the best arrangement at Sanremo.

Over 55 years of artistic production, Al Bano made 500 recordings and published 58 albums. You can’t miss the concert at Forte Arena where he will take you on a voyage through his musical career that is deeply imprinted in the collective memory of Italy.

Forte Arena is a splendid theatre surrounded by the mountains of Capoterra, south of Sardinia. It is just a few minutes walking from Forte Village, the oval shape can bring to mind the historic Roman Theatres but the light and sound system technology transport you into a futuristic environment making the arena the perfect location for any sort of event: symphonic concerts, pop music, opera or ballet.

The tickets for Al Bano’s concert are available at Box Office Sardegna (www.boxofficesardegna.it), TicketOne (www.ticketone.it) and in all other authorized sale points.

Would you like to discover the sea of Sardinia and it’s beauty to experience an unforgettable vacation in a paradise full of healthcare, relaxation and flavors? Come visit Forte Village Resort In Sardinia. 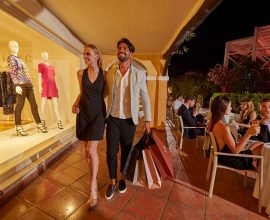 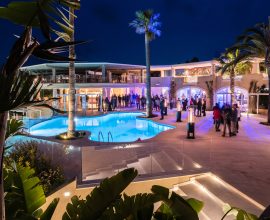 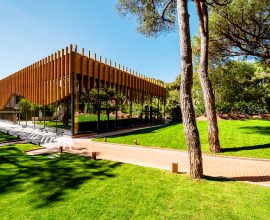